By Morgan Poindexter and Navid Singhrao

Recent deaths and serious health complications in mostly young, healthy users of vaping products has awakened public consciousness surrounding the dangers of e-cigarettes. Legislators and concerned citizens are seeking information on the public health consequences of these devices, yet the scientific picture is murky at best. This is a new field of research, and while the US Centers for Disease Control says e-cigarettes are unsafe for most people, little is known about the long-term health impacts.

What’s clear is that vaping is a quickly growing problem for the majority of the population who don’t normally smoke. E-cigarettes first came onto the US market in 2007 and gained widespread popularity around 2013. Since then, sales have ballooned to $7 billion annually and are expected to continue to grow significantly.

The recent proliferation of vaping products has no doubt helped to spike its use among teens. For the first time in 2014, more teenagers used e-cigarettes or vaped nicotine than smoked cigarettes. In 2018, about 2 percent of middle school students and 8 percent of high school students said they smoked a cigarette in the past month, while an astounding 5 percent and 21 percent respectively said they vaped.

As with conventional cigarettes, there’s concern about secondhand smoke. Second-hand smoke exposure from vaping devices among adults in California has increased steadily three years in a row from about 20 percent to 33 percent. High-risk populations such as children, the elderly and kids of moms who vape while pregnant may be particularly vulnerable. 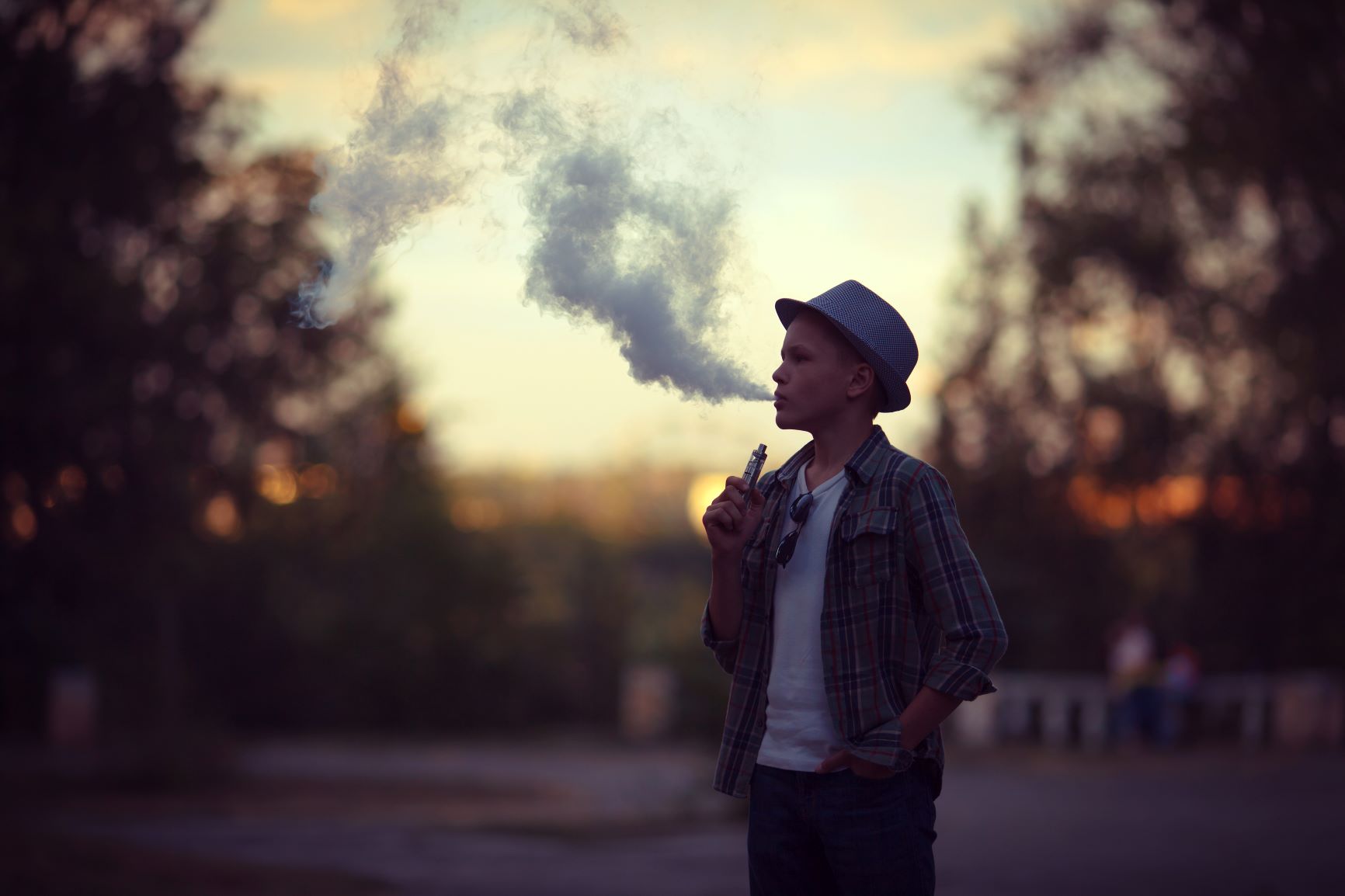 Why is so little known about vaping and health?

For one thing, researchers are struggling to keep pace with all the vaping products on the market. Studying the health effects is complicated by the hundreds (and perhaps thousands) of e-cigarette devices and e-liquids that are now available to consumers.

Compounding the proliferation of products, the Food and Drug Administration (FDA) largely has taken a hands-off approach and not vetted for safety most devices or flavored liquids. Initially, the FDA didn’t regulate e-cigarettes at all unless they were marketed for therapeutic purposes. New regulations took effect in 2016, but the agency mysteriously deleted the section in them about flavored tobacco products.

New e-cigarettes, such as third generation devices or open-tank systems, allow consumers to customize how and what they vape, making it difficult for researchers to pin down the composition of chemicals users breathe. These newer devices allow any e-liquid to be added and offer variable power settings, which can increase the temperature, as well as the amount of vapor or aerosol and delivery of nicotine.

Pods: Invasion of the body snatchers? 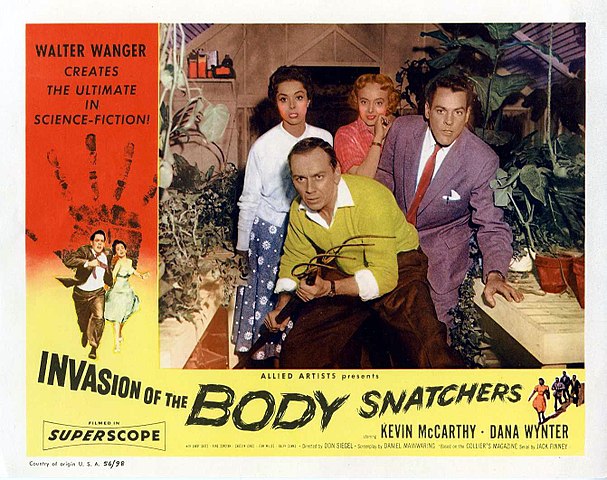 Pod systems popularized by JUUL offer less customization but still are problematic when it comes to vaping and health. These vapes combine pre-made e-liquid pods with a metal heating element all in one component. Although users can’t change the temperature or power of a pod, these systems use a type of concentrated nicotine (protonated nicotine salts) that the body easily and quickly absorbs, which also makes them more addictive.

What does science say about vaping so far?

Although much of the concern about vaping has to do with the unknowns, what scientists have learned already is worrisome. For example, common e-cigarette devices or liquid configurations (e.g., temperature, e-liquid base formulation, flavoring chemicals) produce chemical byproducts like formaldehyde, acetaldehyde, acrolein, benzene and toluene at levels approaching and occasionally exceeding conventional cigarettes.

The temperature a user vapes, and the ratio of propylene glycol (PG) to vegetable glycerin (VG) in the e-liquid can change the amount of harmful byproducts a person may be exposed to. The potentially harmful chemical byproducts come from the main e-liquid components: PG, VG, nicotine or added flavorings. When these base chemicals heat up during vaping, changes occur through a process called thermal degradation, which leads to the formation of hundreds of new chemicals and compounds. Thermal degradation of PG and VG alone can produce toxic chemicals like formaldehyde, acetaldehyde and acrolein.

The amount of nicotine in the e-liquid also influences the chemical composition of the inhaled vapor. Nicotine breaks down chemically when heated and interacts with the other chemicals (PG, VG, flavors) to form many potentially harmful byproducts that can affect health. Some of the health problems known include:

How is the Pinkerton Lab contributing to e-cigarette research?

Combined expertise. A collaboration with Dr. Tran Nguyen in the Department of Environmental Toxicology couples detailed information about the chemical composition of e-cigarette vapor with biological data from mice. The Pinkerton Lab is also working with Dr. Elliot Spindle at Oregon’s Health and Sciences to understand what effects exposure to vape has on pregnant mice and their offspring.

New technology. To determine the impact on lungs, the Pinkerton Lab created its own exposure chamber to precisely monitor and alter variables at a per puff level. Most e-cigarettes can operate at a range of temperatures or wattages using a myriad of e-liquids that have varying amounts of nicotine and ratios of solvents like PG and VG. The Pinkerton Lab’s chamber allows exposure of mice or cell cultures to any combination of vaping to determine which conditions create the most harmful levels of chemicals. So far, the Pinkerton Lab has observed an increase in harmful carbonyl compounds such as formaldehyde and acetone in vapor when e-cigarette devices operate at higher temperatures (550°F), which suggests a greater risk to the lungs.

Pinpointing new mechanisms in disease. Focusing on how e-cigarette aerosol triggers mechanisms in the respiratory system, the Lab is analyzing levels of inflammation, structural damage and gene/protein expression in the lungs of mice after chronic exposure to e-cigarette vapor. If exposure to vapor increases inflammation in the lungs, this could lead to damage in the lung’s cells and disruption of normal lung function. Previous studies have suggested that e-cigarette vapor may disrupt the lung’s immune system, which makes fighting off infections from bacteria or viruses more difficult.

A deeper understanding of inherited risks. Research shows that smoking cigarettes during pregnancy alters lung development in utero, can lead to lifelong decreases in lung function and increases the risk of respiratory disease in children. To understand the impact vaping has on lung development and function and whether or not it impacts health generationally, the Pinkerton Lab is examining the mechanisms underlying respiratory health. It’s likely the ways cells communicate and can block or switch on and off certain genes (epigenetics) are the drivers of any negative health outcomes.

Morgan Poindexter is an Immunology PhD candidate in Dr. Pinkerton’s lab. Morgan researches the effects vaping has on the lung's immune system and whether it damages the ability to fight off viruses like the flu. She has a BS in Molecular Biology and an MS in Biology, both from Arizona State University.

Navid Singhrao is a Pharmacology and Toxicology PhD student in Dr. Pinkerton’s lab. Navid studies the presence of metals in e-cigarette aerosols and how they impact lung function. He has a degree in Biochemistry from San Francisco State University, and worked in the biotech industry for several years before deciding to return to school.

Documents
US Centers for Disease Control Interim Guidance on Vaping 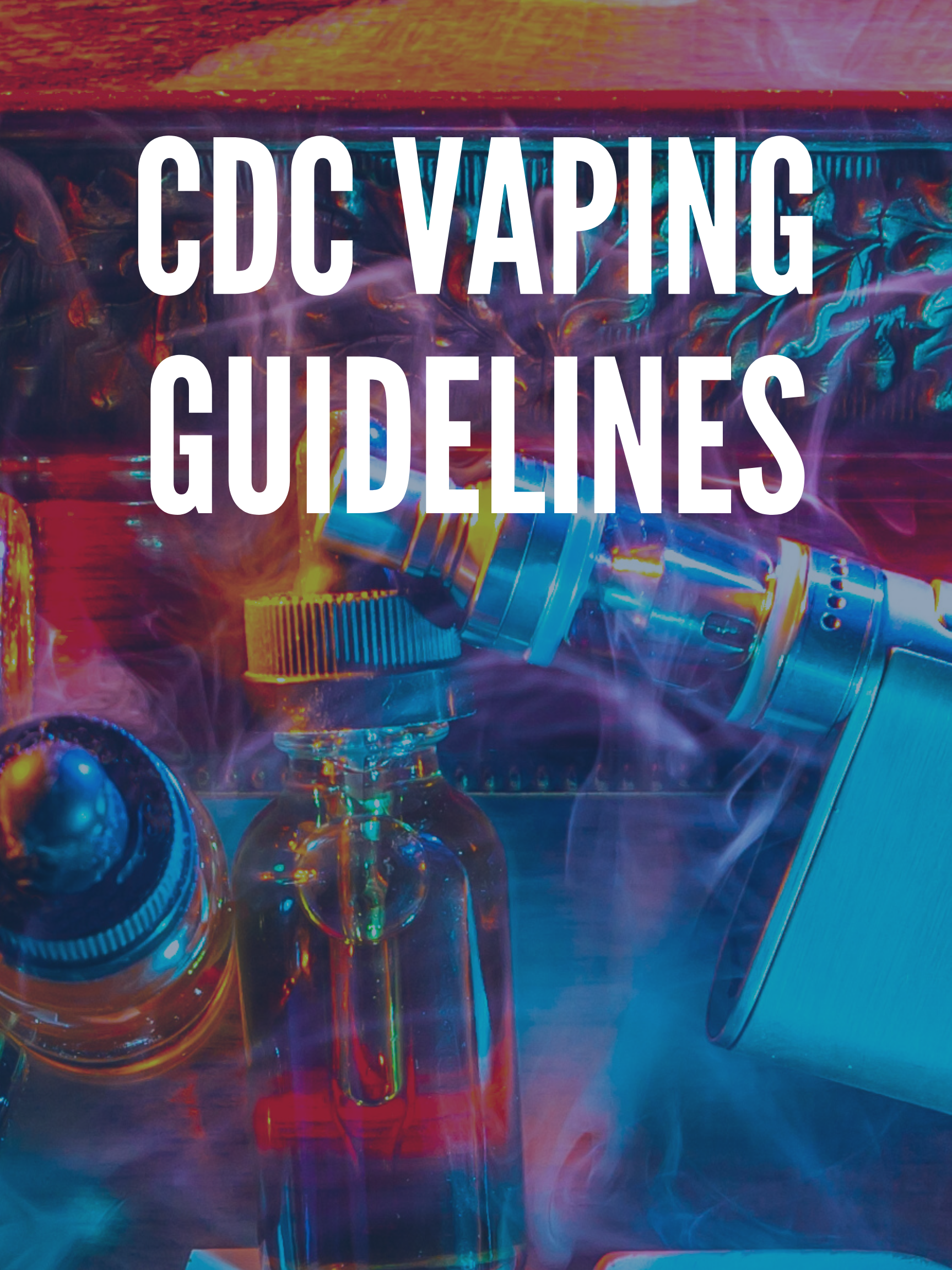 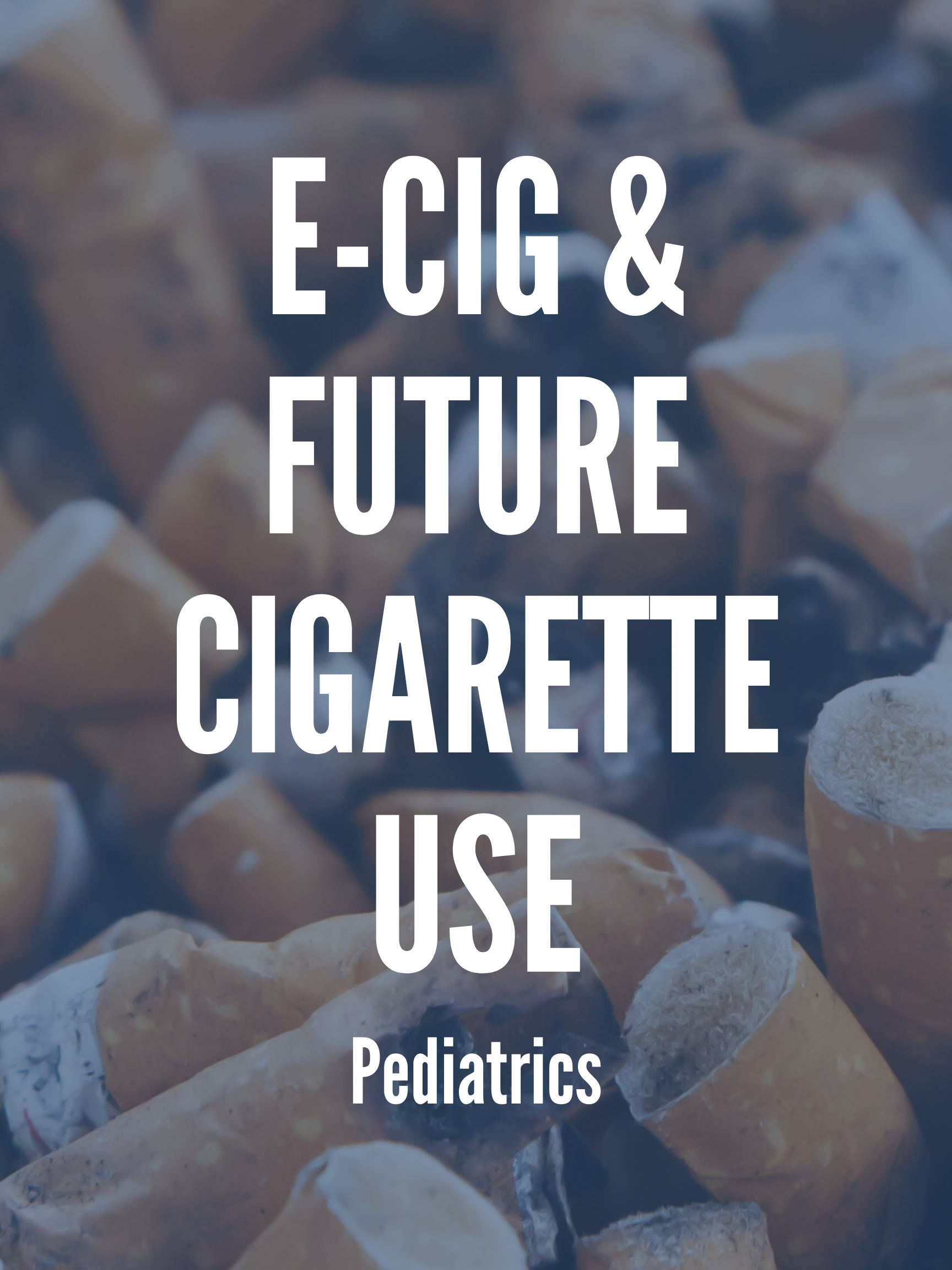 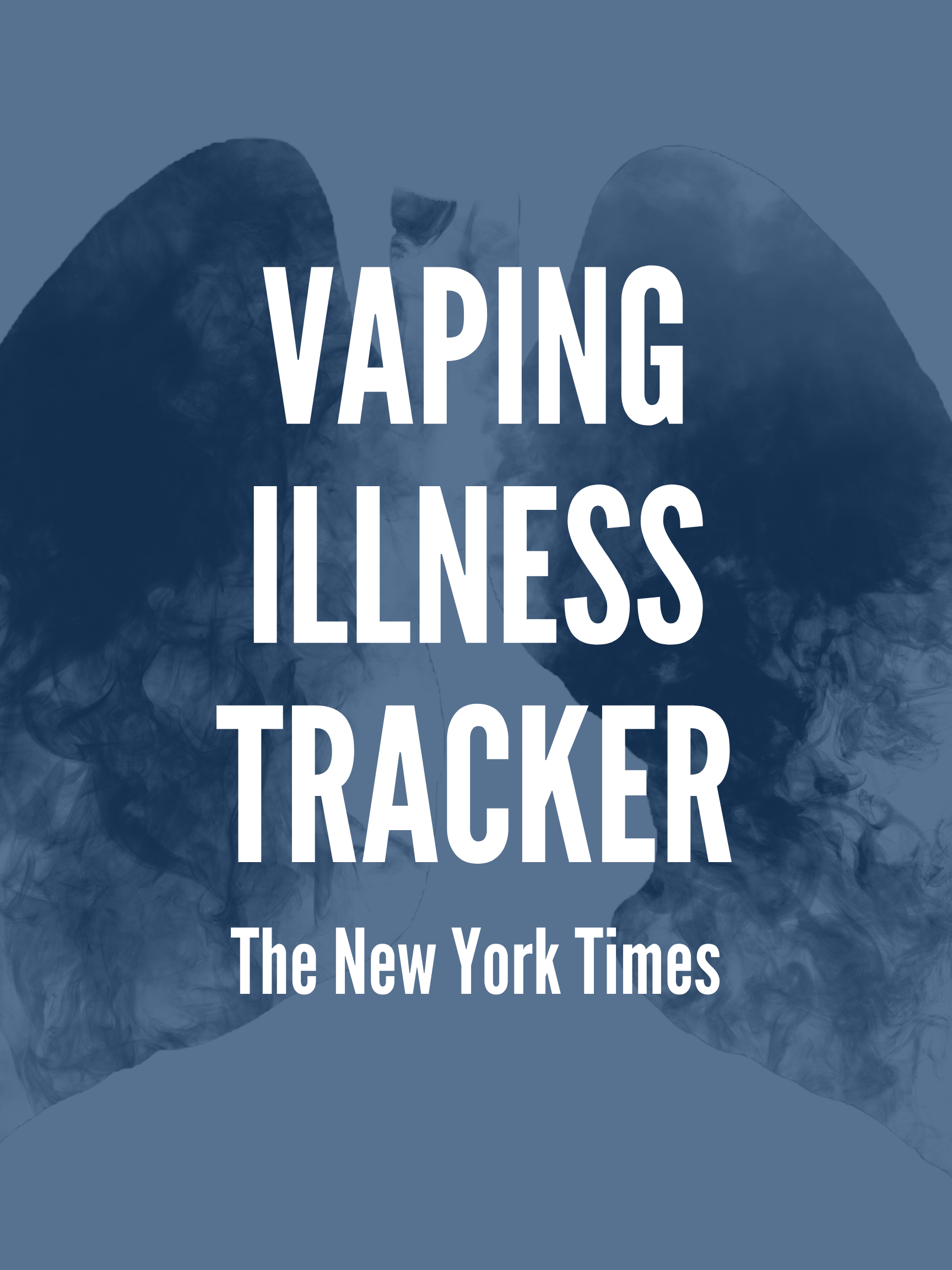 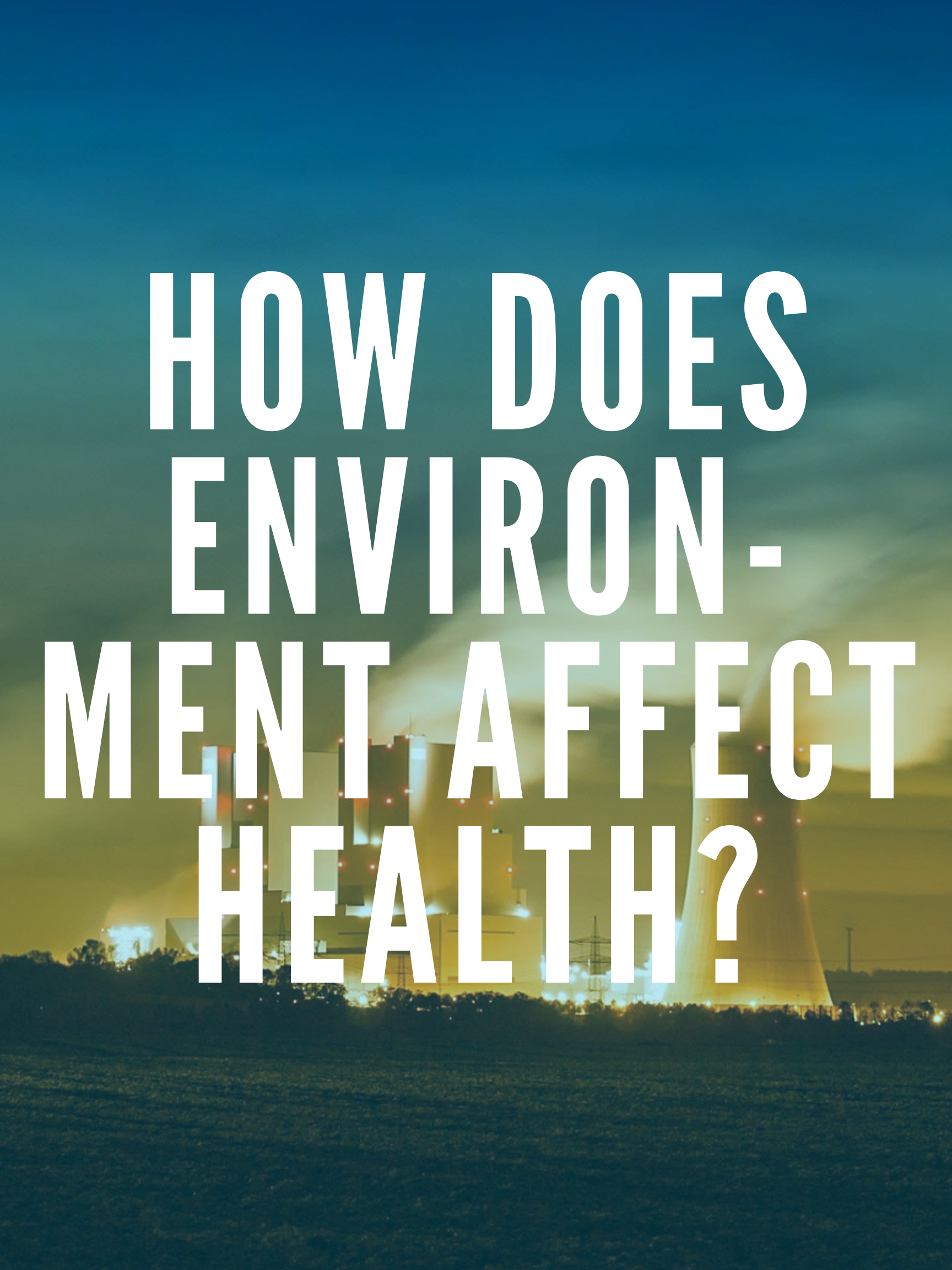