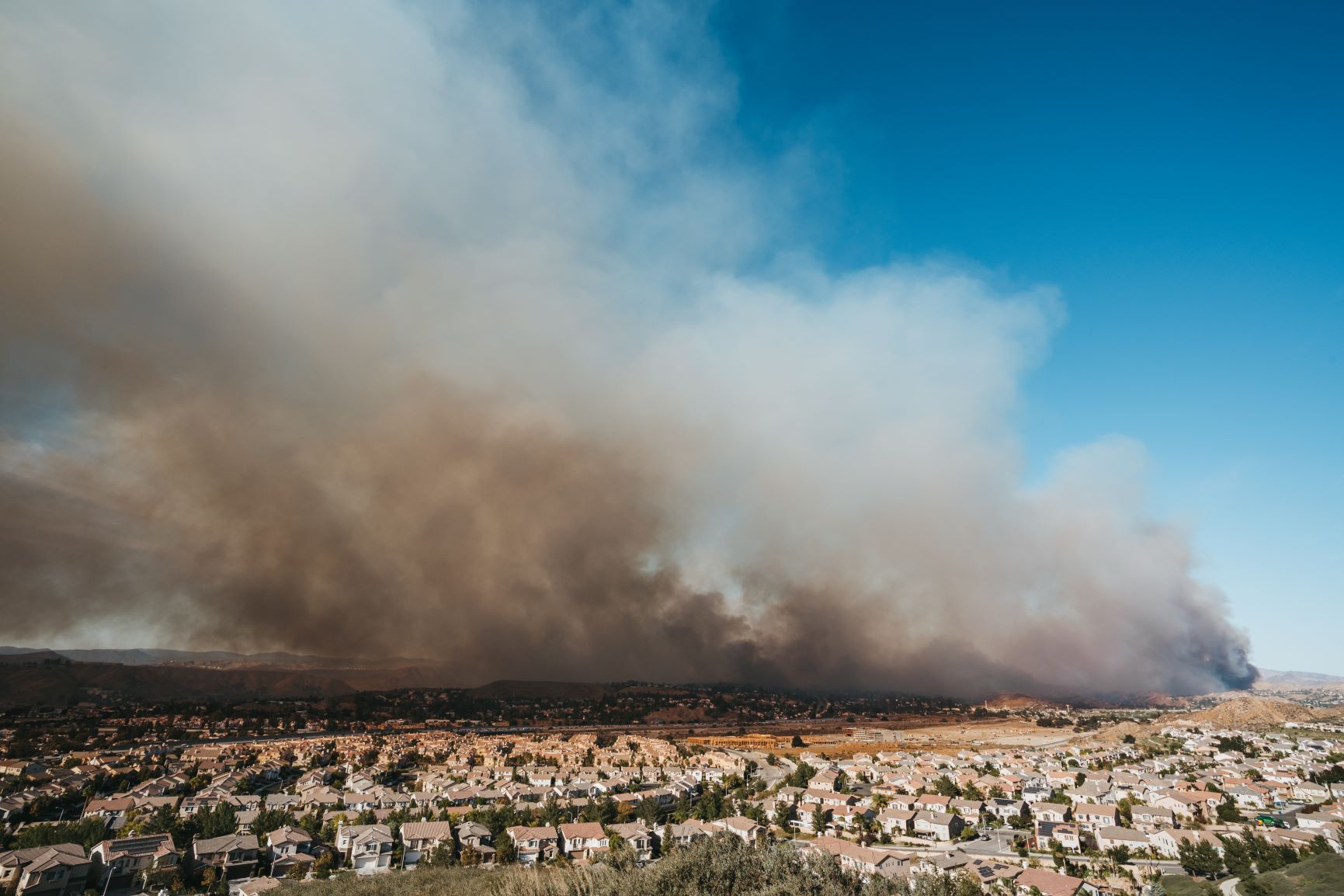 From Science in National Geographic

Should the fire light up in the right location, Ken Bein, an atmospheric scientist at the University of California, Davis, can deploy in just under an hour.

“I am in a state right now where my instruments are packed and loaded,” he says. “It’s just a matter of getting the truck and getting out.”

Bein is scouting for northern California fires in regions referred to as wildland-urban interface, where residential areas bleed into undeveloped wilderness. Once he finds a location, his pickup truck will haul a 28-foot flatbed trailer with two smart cars into a spot where air pollution from a wildfire hangs thick. Atop his trailer he has all the equipment he needs to sample plumes of smoke rolling off the fires’ massive blaze. They’ll run automatically, powered by the electric vehicle’s batteries.

“One of the first things to go is infrastructure,” Bein says of the electrical power lost during wildfires. The batteries are his jerry-rigged alternatives.

The samples he collects will help scientists better understand how the massive increase in seasonal wildfires burning through residential areas might be affecting our health. Where smoke once contained the remnants of only biomass (trees and other organic matter), fires are now burning up homes—structures that contain thousands of synthetic chemicals, paints, plastics, and metals that smolder and combust into tiny particles.

“We see some striking differences in urban wildfires from one to the next,” Bein says. “We have unspoken rules about not disseminating findings to the public [before they’re peer-reviewed], but there are things coming out of the lab that are worrisome.”

Just like last year and the year before that, California is on fire. Since 1972, there has been an eightfold increase in the amount of land burned by summer forest fires. America’s western forests have become more arid, and fire seasons have become longer.

Currently in Northern California, more than 76,000 acres—almost 120 square miles—have been burned over a week in the Kincade Fire and more than 725 acres have burned in the Getty Fire to the south. Hundreds of thousands of people remain without power amid widespread utility shutdowns. The Kincade Fire is about 65 percent contained at this point, but conditions are expected to worsen; the National Weather Service (NWS) on Tuesday released its first ever "extreme red flag warning," a designation that indicates winds will be high and humidity will be low, meaning that conditions are ripe for the fires to spread.

The fires will leave obvious scars on the land, destroying homes and rendering some neighborhoods unrecognizable, but scientists are still researching how air pollutionfrom these huge fires may make lasting changes to health.

When fires burn, they produce a mix of smoke and ash. Contained in that smoke is small particulate matter. Also called particle pollution, it comprises everything from acids, organic chemicals, and metals to dust and allergens that move through air during a fire. Depending on the intensity of a fire, they might make the air appear hazy, or they might not be detectable at all.

It’s the fine particles that concern health officials most. The smaller the particles, the more easily they can damage essential functions, health officials say. Those smaller than 2.5 micrometers, about 5 percent of the width of a single human hair, can work their way into the respiratory system and may also cross into the bloodstream, where they pose a heart risk.

Since the fires broke out, several counties throughout California have experienced poor air quality as registered by the Environmental Protection Agency’s Air Quality Index (AQI). For generally healthy people without underlying health conditions, exposure to wildfire air pollution looks a lot like an allergy attack. Sneezing, a sore throat, itchy eyes, and dizziness are all common.

Wildfire smoke is much more likely to immediately affect people who already struggle to breathe, like those with asthma. Children, the elderly, those with compromised immune systems, and pregnant women are also more likely to face medical complications. Local California news outlets have reported an increase in emergency room visits since the fires began.

During the historically large fires that swept through California last year, smoke reached the U.S. East Coast, where hazy skies were seen as far away as New York City.

This year, any smoke that could cause health issues will likely remain in California, says National Weather Service meteorologist John Pendergrast.

“There may be some trace amounts of smoke that move away from this local area,” he says, but it’s not “something that would be perceptible,” he notes.

For California, a state that routinely struggles with poor air quality, the wildfires could exacerbate a public health problem, scientists say. Since the late 1980s, particulate matter pollution has been declining, except in areas where wildfires are on the rise. In that time period, climate change has made California hotter and drier, conditions that make wildfires less manageable.

Air pollution is a known threat to human health. Around the world, it contributed to an estimated four million deaths in 2016. Complications with conditions like respiratory and cardiovascular disease are typically the culprits. However, long-term health impacts have largely looked at emissions from activities like vehicle traffic or burning fossil fuels.

“The possibility that there would be long-term consequences has not been studied in a systematic way for these large wildfires because they’re kind of new,” says Irva Hertz-Picciotto, an environmental scientist at the University of California, Davis.

When wildfires broke out in California in 2017, “I was trying to wrap my head around what could we do,” she says. Quickly she realized few scientists had documented the effect California’s growing wildfire threats might have on citizens in the long term.

They sent surveys out to those exposed to wildfire smoke and found that anywhere from four to 10 months out, some respondents were still experiencing respiratory issues.

Hertz-Picciotto and her team are hoping to publish a more detailed outline of their findings in early 2020.

Like Bein, she says, “We think that because of the synthetic chemicals used in our housing that there could be a lot of very volatile chemicals that are transformed through combustion.”

Earlier this year Mary Prunicki, a researcher at Stanford University, published a paper that measured how wildfire smoke might harm the immune systems of children, who stand to sustain the most significant long-term damage from early exposure to dangerous wildfire smoke.

“We selected 30 children who had blood drawn after a prescribed burn or wildfire in Yosemite and compared immune outcomes,” she says.

Prunicki says her study suggests only that there’s still much unknown about the long-term effects of wildfire smoke and says it needs to be further researched.

It may be years before scientists fully understand how the West’s growing and evolving wildfire threat is influencing human health, but all three researchers say they’re eager to reach findings that can better help doctors treat those caught in the fires.

Sarah Gibbens is a writer for National Geographic in Washington, D.C. She covers politics, ancient cultures and how environmental conditions impact people and animals. 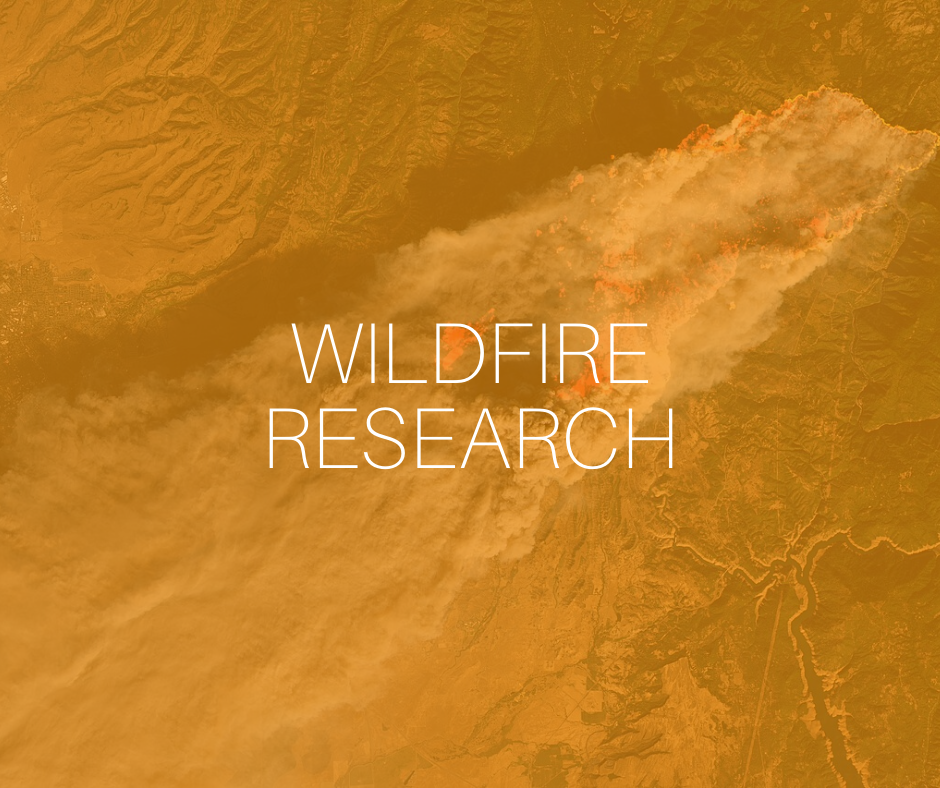 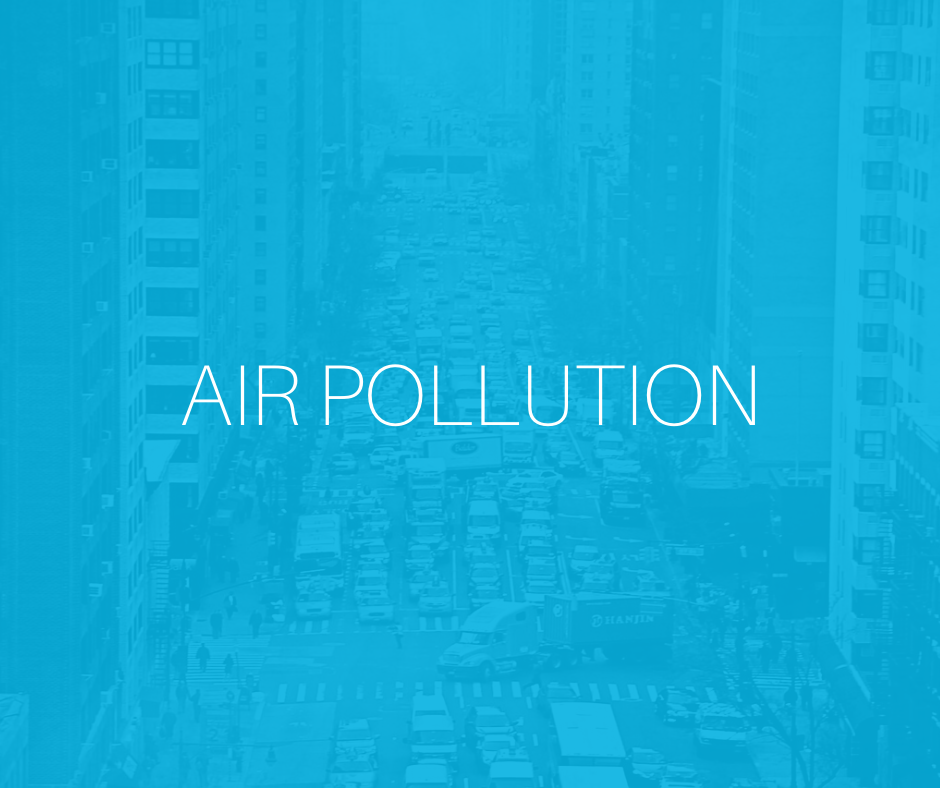 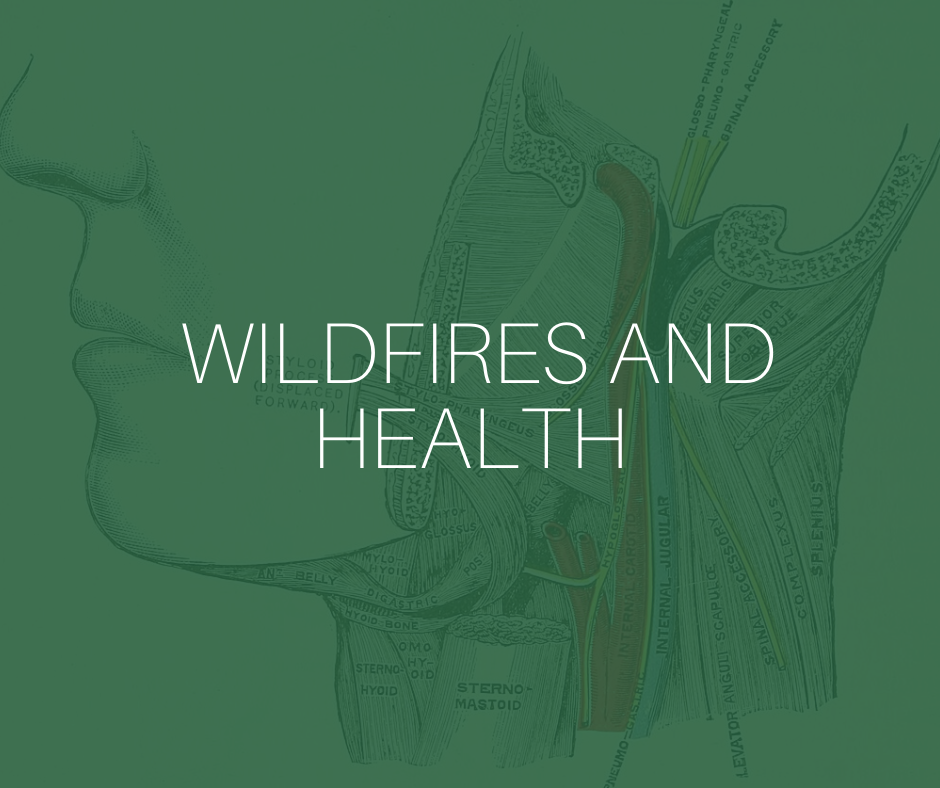