From Climate in The New York Times

New research shows that the extreme weather and fires of recent years, similar to the flooding that has struck Louisiana and the Midwest, may be making Americans sick in ways researchers are only beginning to understand.

By knocking chemicals loose from soil, homes, industrial-waste sites or other sources, and spreading them into the air, water and ground, disasters like these — often intensified by climate change — appear to be exposing people to an array of physical ailments including respiratory disease and cancer.

“We are sitting on a pile of toxic poison,” said Naresh Kumar, a professor of environmental health at the University of Miami, referring to the decades’ worth of chemicals present in the environment. “Whenever we have these natural disasters, they are stirred. And through this stirring process, we get more exposure to these chemicals.”

Dr. Kumar’s research has focused on the spread of PCBs, a suspected carcinogen, in Puerto Rico in the aftermath of Hurricane Maria in 2017. He led a team of researchers in Guánica, a bayside town with historically high concentrations of PCBs, and found that levels had tripled since Maria, to 450 parts per million.

Worse, it wasn’t just the soil showing elevated PCBs. It was the people, too.

The researchers tested 50 residents in Guánica and found levels two to three times greater than the national average. Dr. Kumar’s hypothesis is that the PCBs from old industrial sites were pushed into or around the bay, and people ate contaminated fish or breathed contaminated air.

Other research examined Hurricane Harvey in Houston, and the wildfires in Northern California, looking at the contaminants dislodged during those disasters and the health effects of those contaminants, which can include sewage, asbestos, heavy metals and others.

The issue is a global concern as well. Last year, the World Health Organization issued a report warning about the public-health effects of chemical releases caused by natural disasters, citing examples in Europe, Latin America and Asia.

The research is emerging as the United States enters the stretch of summer and fall when the risk of hurricanes and wildfires is greatest, and as officials grapple with how to protect people’s health. Seattle recently said it would open facilities where people can take refuge from smoke caused by nearby wildfires. In Louisiana, Tropical Storm Barry this weekend has sparked concern about a repeat of the “toxic gumbo” of sewage, chemical waste and other contaminants released when Hurricane Katrina devastated the city of New Orleans more than a decade ago.

The toxic substances displaced during disasters “are much more long-lasting and ubiquitous than I think people realize,” said Gina McCarthy, who ran the Environmental Protection Agency during the Obama administration and now directs the Center for Climate, Health and the Global Environment at Harvard. “And we clearly haven’t caught up in terms of our laws and regulations, and the process of disaster response.”

Part of the problem, and the urgency to better understand it, is the ubiquity of chemicals in modern life, according to Thomas A. Burke, who was the E.P.A.’s science adviser during the Obama administration.

“All of us have a little toxic warehouse under our sinks, in our garages, and maybe in the construction materials of our homes,” Dr. Burke said. “When you do demolition in this country, there’s a series of local laws to control contaminants. But when a neighborhood burns down, there’s no asbestos control. There’s no ability to really control the hazardous materials.”

The movement of toxic substances by storms and wildfires joins a long list of threats that climate change poses to Americans’ health, whether they be more severe heat waves or the spread of dengue or other ailments previously restricted to the tropics. What makes this threat different, researchers say, is the ability of many contaminants to persist in the environment or in people’s bodies after the disaster has passed, and to accumulate in with each new storm or fire.

“Typically with these situations you have a mixture, a toxic stew,” said Aubrey K. Miller, senior medical adviser to the National Institute of Environmental Health Sciences, part of the National Institutes of Health. He said the danger is compounded because the mix of toxins could lead to unexpected interactions. “We’ve been able to demonstrate human health effects in some of these, but that information is not adequately captured.”

Until recently, researchers had been hamstrung by the logistical difficulty of tracking long-term changes in people’s health after a disaster. One of the first cases in which good data was available, Dr. Miller said, was the collapse of the World Trade Center in the terrorist attacks of Sept. 11, 2001. Researchers have been following a group of more than 71,000 people, including rescue and recovery workers, since 2003.

That research showed the severity of health effects linked to exposure to dust from the towers, which included heavy metals, silica, wood dust, asbestos fibers and other contaminants. Ten percent of enrollees developed asthma within six years, and firefighters saw drops in lung function. A 2013 paper reported greater-than-expected rates of thyroid and prostate cancer among rescue and recovery workers; a paper published this March showed higher rates of pulmonary fibrosis.

What the World Trade Center data couldn’t reveal was whether that event was unique, or if other disasters might similarly spread toxins in a way that could lead to long-term effects. So in 2010, the N.I.H.’s environmental health sciences institute began awarding research grants quickly after an event and made other changes to make it easier to gather human health data after a disaster.

The series of hurricanes and wildfires that began in 2017 led to a burst of those quick-response grants. Several of those researchers, including Dr. Kumar, agreed to discuss their initial findings with The New York Times in advance of the publication of their reports. The researchers said their work has shown health effects that they say have surprised them.

One of the grant recipients was Irva Hertz-Picciotto, an epidemiologist and director of the Environmental Health Sciences Center at the University of California, Davis. After the wildfires that struck Northern California in the fall of 2017, she used an online survey to get health information from thousands of people exposed to the smoke. She wanted to know whether they were still experiencing health effects, and how those effects changed over time.

“There’s been a conventional wisdom that when people have symptoms from fires, they are transient and there’s not persistence,” Dr. Hertz-Picciotto said. But her research showed that wasn’t the case for the California fires: Months after the initial exposure, about 15 percent of respondents who had never had asthma reported asthmalike symptoms.

“That’s not something that happens every day,” she said. “It does go against the grain of the current view of what those impacts are, and how long-term they can be.”

Dr. Hertz-Picciotto’s team also gathered ash from near homes that had burned, and found it contained almost 2,000 chemicals that weren’t present in ash gathered from undeveloped areas. She said she suspected exposure to those contaminants explained the high rate of respiratory symptoms months afterward.

The other possible explanation is the sheer magnitude of the fires, which means higher temperatures and more contaminants entering people’s lungs. “It used to be that a huge fire was 30,000 acres,” Dr. Hertz-Picciotto said. “We’re talking about 300,000 acres happening regularly now.”

Other researchers are examining the health effects of contaminants shifted by hurricanes.

In September 2017, after Hurricane Harvey dropped four feet of rain on Houston, dislodging chemicals from the soil, ship channels and chemical facilities, a team from the Baylor College of Medicine distributed health questionnaires to residents. They also took nasal swabs, spit and saliva tests and fecal samples to see what toxins were in people’s bodies, and distributed silicon wristbands that measure what chemicals the residents were exposed to.

“Those three pieces of data have not been done before,” said Cheryl Walker, director of Baylor’s Center for Precision Environmental Health and one of the people working on the research.

The early results of that research show a range of health reactions, including sinus problems, skin irritation and respiratory ailments, Dr. Walker said. Now those researchers are using geospatial analysis to determine which participants were close to which chemical sites, as well as what contaminants are present in their bodies and homes, to try to link specific toxins to specific health effects.

Another group, from Baylor, is examining the health effects of Hurricane Harvey on African-American adults with asthma. Several teams at Baylor studying Harvey’s health effects are scheduled to discuss their initial findings next month.

As the dangers become better understood, governments need to do more to contain toxic chemicals during disasters, rather than hoping those chemicals will harmlessly be absorbed into the environment, according to Kimberley Miner, a research assistant professor at the University of Maine who studies climate change and contaminants.

“When I was growing up, they were still saying the solution to pollution is dilution,” Dr. Miner said. “We now know that’s absolutely not true.”

Christopher Flavelle is a climate reporter for The New York Times. He covers how people, governments and industries cope with the effects of climate change. 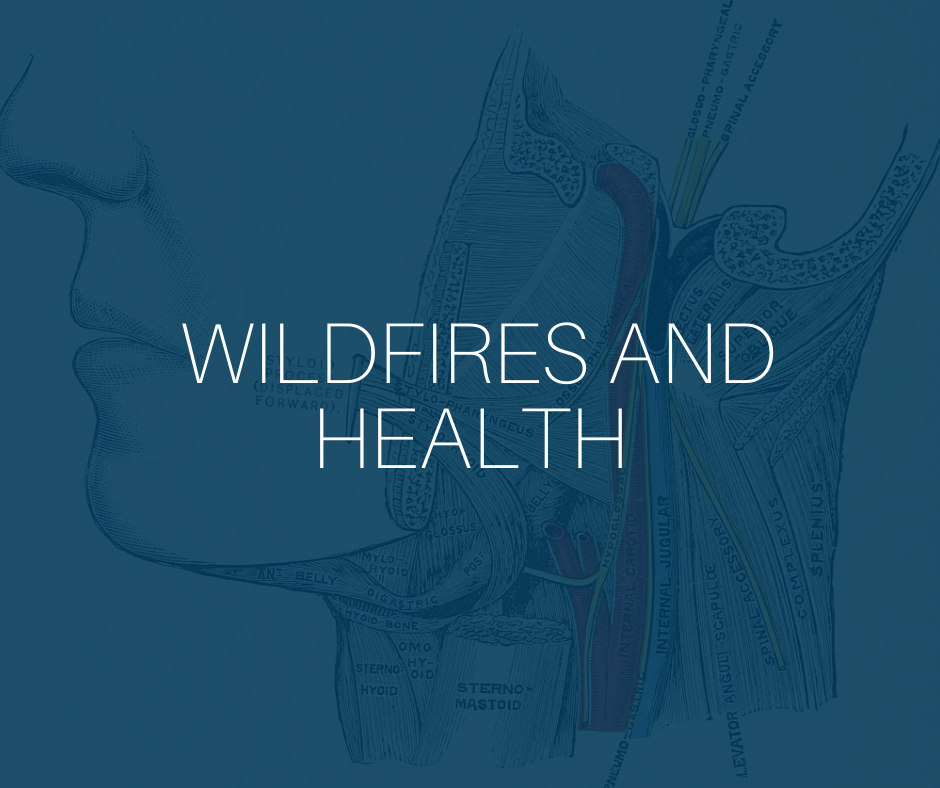 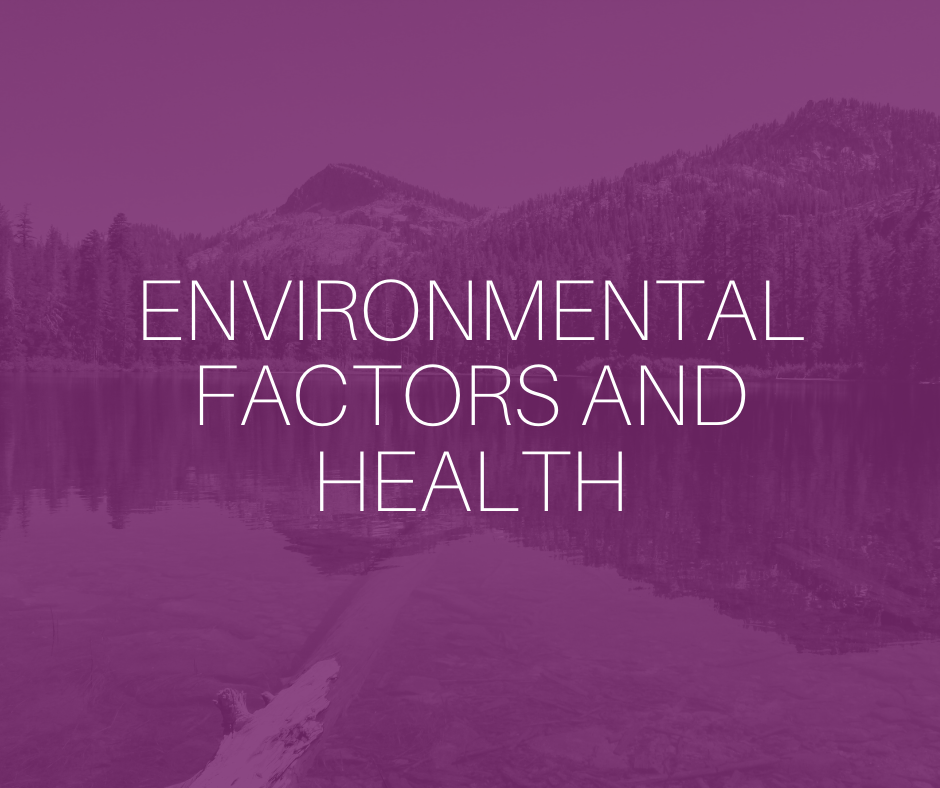 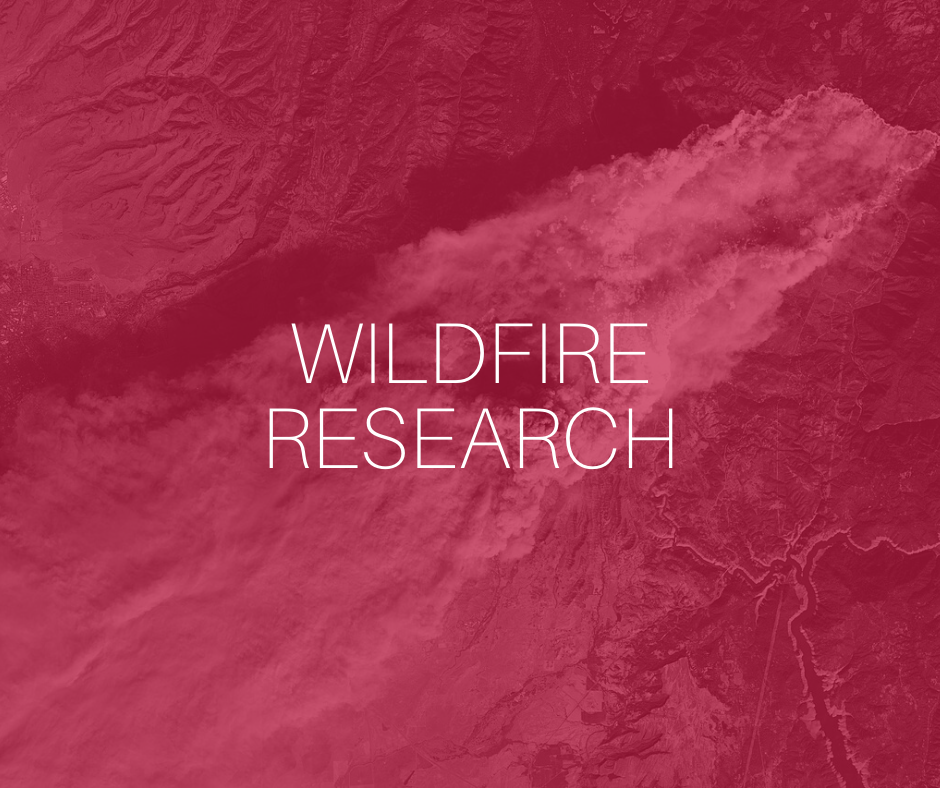